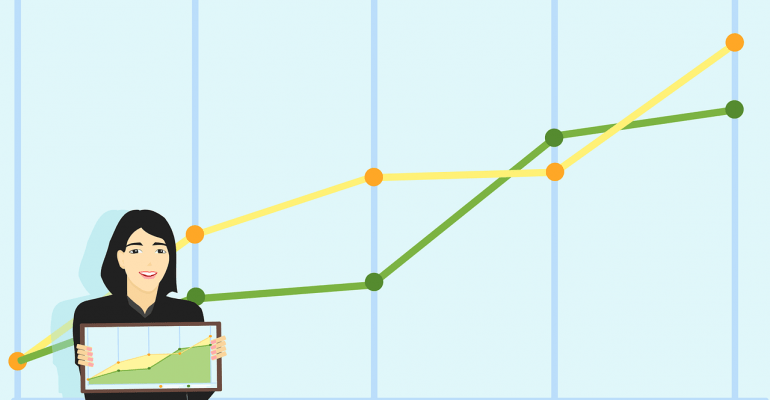 Cryptocurrencies are a digital cash designed to be quicker, cheaper and more reliable than our regular government issued money. Instead of trusting a government to create your money and banks to store, send and receive it, users transact directly with each other and store their money themselves. Because people can send money directly without a middleman, transactions are usually very affordable and fast.

New cryptocurrencies come and go, but Bitcoin never goes out of fashion. By the end of November 2020, Bitcoin surprised everyone and hit its new all-time high of $19,857.
The rally continued in 2021 to nearly $42,000. Analysts share unanimously strong views on the future of Bitcoin within the next 12 months and beyond, predicting incredible $100,000, $170,000 and even $318,000 price targets for BTC.
Among the major Bitcoin price drivers in 2021 we can define the growing institutional demand, rising inflation and increasingly negative perception of contemporary monetary policy. All these force individual investors and institutions to look for alternative options to protect the value of their capital.

Cryptocurrencies, led by Bitcoin, seem to be a perfect solution.

The cryptocurrency predictions 2021 can’t but mention the most promising cryptocurrency, Ethereum, which also showed great performance during the challenging 2020.
In December 2020, the second-largest cryptocurrency after Bitcoin, Ethereum has a market capitalisation of $68,127bn. The cryptocurrency started the year trading around $125 and climbed up to around $600, which is a 380% surge within a period of 12 months. Why is Ethereum considered the best crypto to invest in? Ethereum open source blockchain network has always served as a preferred network for decentralised applications (dApps). In addition to its native cryptocurrency, Ether (ETH), the platform supports other crypto platforms such as Uniswap (UNI), Maker (MKR) and Aave (AAVE), which are active in the Decentralised Finance sector.
DeFi is considered one of the fastest growing crypto trends, which can transform insurance, loans and savings programmes, making them independent from banks and other centralised financial institutions.
In 2020, the fastest-growing sector in the crypto world, DeFi reached new highs. The total number of assets, locked in the DeFi ecosystem surpassed $13bn (in 2019, this number was less than $3bn). The explosive influx of market participants
and capital to the DeFi contributed to Ethereum’s strong position as the leading altcoin, as it dominated the sector holding 96 per cent of the total volume of transactions.

Ripple was created as an alternative financial payments system with the aim to transform and facilitate cross-border payments, making them 100 per cent safe, almost free and instant. Back in early Ripple days in 2013, the platform got attention from many financial institutions. Years later it was adopted by more than 100 financial institutions. In 2020 The Ripple blockchain has expanded to more than 300 providers across 40 countries, including Banco Santander (SAN) and American Express (AXP), JP Morgan (JPM) and HSBC Holdings (HSBA).
Among the most recent RippleNet’s supporters are the HDFC Bank Limited (HDB), India’s largest bank, and the Bank of America (BAC), the US second-largest bank. Looking forward into 2021, what are the major drivers that can make you think of Ripple as one of the top 10 cryptocurrencies to invest in?
According to the report by OMFIF (the Official Monetary and Financial Institutions Forum), Ripple, with its distributed ledger technology (DLT), could “position itself as an alternative to SWIFT”, solving five major issues: security, speed, traceability, cost, transparency and risk management. With growing support from the European Commission, encouraging the transition to digital finance and sharing plans to build a new legal framework enabling the use of DLT technology and crypto assets in the financial sector, Ripple’s perspectives seem brighter than ever before. Important to add, Ripple Labs currently have a lawsuit from the SEC (Securities Exchange Commision) who claim Ripple are a security rather than a currency. It is advised to do your own research into this

At the moment of writing Litecoin is fluctuating around $140, which makes it pretty affordable. The LTC market capitalisation is $9,226 bn. The cryptocurrency can boast one of the lowest times required for mining and a high block reward of 25 LTC. Although we can’t call Litecoin the best performing cryptocurrency of the year, it has never left the top 10 most popular cryptocurrencies nd 2021 is not going to be an exception. The launch of the first decentralised Litecoin-based RPG fantasy game LiteBringer, where each players’ move is a transaction, brought benefit for the whole blockchain. Litecoin transactions skyrocketed on the news, exceeding 130,000 right after the game’s launch. The boosted performance could serve as a positive price driver with the analysts from CoinSwitch predicting a $600 price target for Litecoin in 2021. Some analysts also believe that the Litecoin price will tend to grow in the coming years following the halving.

Originally launched on the Ethereum network, TRON peer-to-peer network was aiming to revolutionise the entertainment industry and democratise content creation. The team has numerous high-profile partnerships, including Samsung, bike-sharing company oBike, Chinese search engine Baidu, and Baofeng, the socalled Chinese Netflix. TRON ecosystem works as a content-sharing platform. Users, who create or share content get rewarded with TRX, which serves as a more transparent monetisation system than those used by traditional social media networks. It also does not require a middleman, such as AppStore or GooglePlay. The rise of dApps could contribute greatly to TRON’s upward movement, as the crypto platform is considered one of the biggest powers in this market. In 2020, Tron’s dApp transaction volume even surpassed that of Ethereum. In summer 2020 the platform kicked off the TRON 4.0 Great Voyage protocol upgrade. The implementation of 4.0, introducing privacy features to smartcontracts, provide additional reason to be bullish on the TRX cryptocurrency forecast in 2021.

Please note: The cryptocurrency marketplace is extremely volatile, never invest more money than you can afford to lose.

Leave your honest Best Cryptocurrency of the Year review

Hi, my name is Funsho Ajibade. I am 38 years old, married with three children. I was born and raised in England. I am a current business owner, entrepreneur and experienced cryptocurrency Investor since 2016. I am also the founder of BBI Pages which is a global blockchain business directory. This has great success in helping grow the blockchain and cryptocurrency industry by providing a platform for blockchain businesses, cryptocurrencies, AI businesses, IOT businesses, Start ups and many more. It is a place to be found to showcase what they can do. BBI Pages sponsors trade shows worldwide and as a result of my ongoing work and expertise to help grow the industry I was personally invited to speak in Malta and Hong Kong about the impacts that cryptocurrency and blockchain businesses will have on the world. I have been through many cycles of cryptocurrency therefore I understand them better than most people. This is due to my time and experience in bull and bear markets and my understanding of where the industry is going, which projects have plausible use cases. My network of blockchain and cryptocurrency business owners help dramatically to give me a insight into the future of this industry. Having investments in over 30 projects myself, I know how to spot the highs, the lows and more importantly the projects that are likely to succeed in the industry.

Any cookies that may not be particularly necessary for the website to function and is used specifically to collect user personal data via analytics, ads, other embedded contents are termed as non-necessary cookies. It is mandatory to procure user consent prior to running these cookies on your website.

What you will get and learn